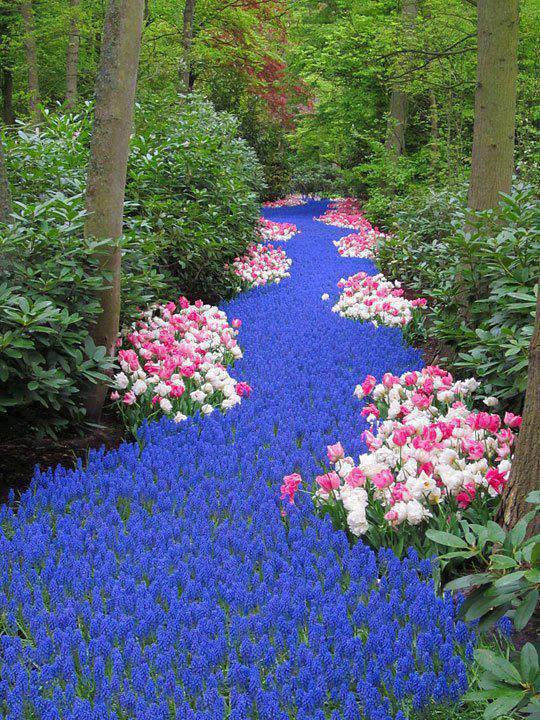 River of Flowers in Keukenhof, Holland. It's just lovely - and not a tulip to be seen! Must take a lot of work to keep it looking like that, but it's a clever idea done to perfection.

Since Holland is known for being the world’s largest exporter of flowers, it’s really not that surprising to find out that this incredible country is also the home of the world’s largest flower garden, which is named Keukenhof and can be found near Lisse. This gorgeous, colorful corner of paradise was named as such because it used to provide kitchen herbs for the castle of Jacqueline, Countess of Hainaut during the 15th century.

The grounds on which the garden sits today had quite a few proprietors over the centuries, including the Countess we mentioned earlier as well as a few wealthy merchants and barons. During the 19th century, the Baron and Baroness Van Pallandt assigned father-and-son architects David Zocher and Louis Paul Zocher to redesign the grounds surrounding Keukenhof Castle, while in 1949, the mayor of Lisse established the exquisite gardens officially.