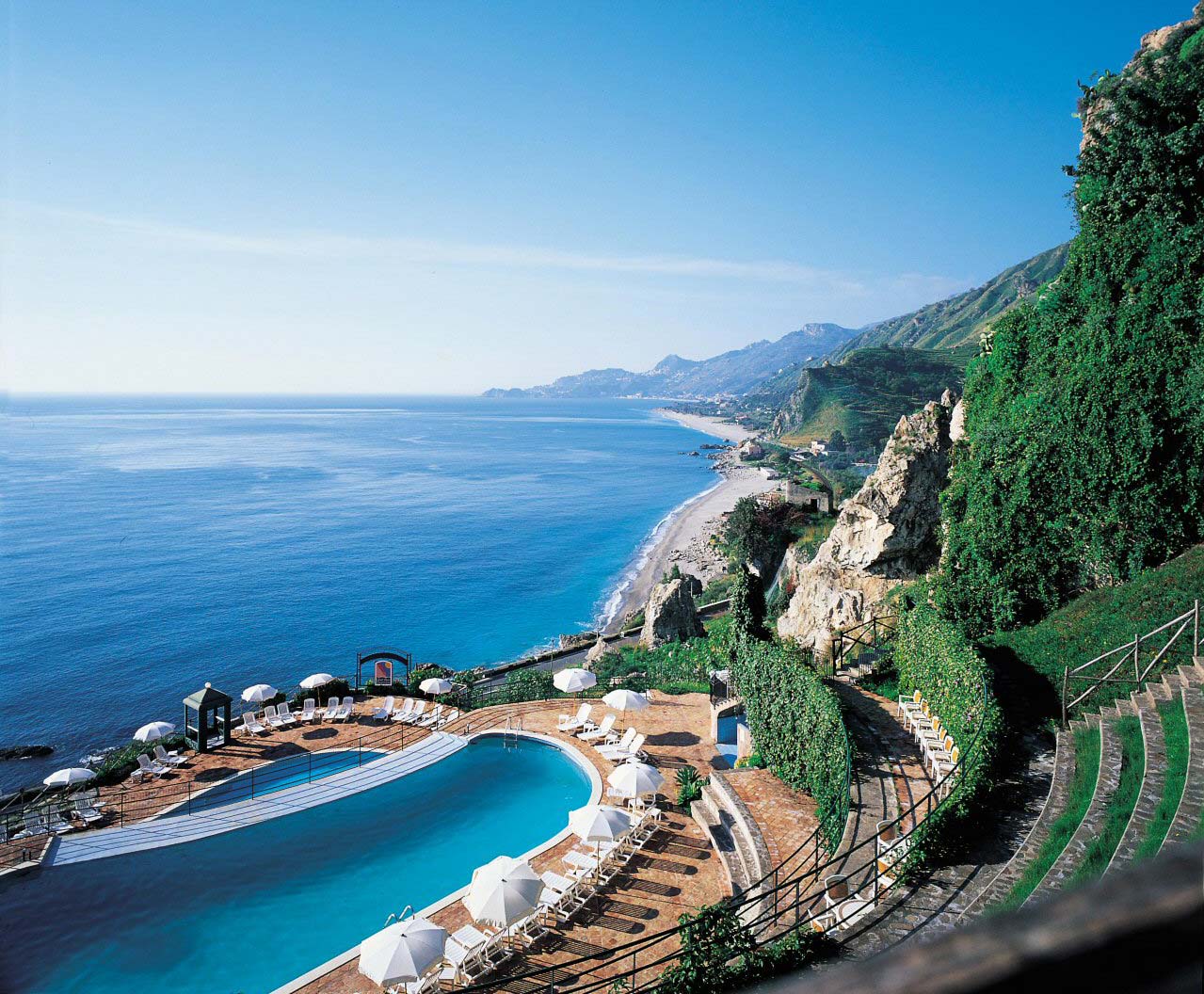 Taormina’s streets are steep as staircases, and they are open alleys! They lead to things hidden by palm trees and bougainvillaea — pastel villas, tennis courts, antique shops, and cafés where the windows are swung open to the sea, and the lace curtains, as Lawrence Durrell wrote, “breathe softly in and out, like the lungs of the universe itself.” And the air is so perfumed you want to follow it around.

In the summer, it’s packed with people. They come to water-ski the Mediterranean, or drink Camparis at the Greek Theatre, in the same subterranean room (now a bar) where gladiators once waited to fight wild beasts. In the fall, when the people leave, the sunny weather stays behind. That’s when you can really wander the San Domenico, and feel you’re walking, quiet as a monk, back in time.

To wander the countryside of Sicily — in an indigenously madcap way — rent a Fiat. Immediately out of Taormina, the view changes. You’ll pass crumbling villas, olive groves, cactus plantations, and wrought-iron gates that lead, elegantly, to uninhabited land. The towns are difficult to find and fortresslike. Some are clay red, others white as old Athens or, near Mount Etna, volcanic ash-gray. Etna’s towns, they say, are an example of Sicilian diplomacy. Over and over, they attempt peace with a volcano.