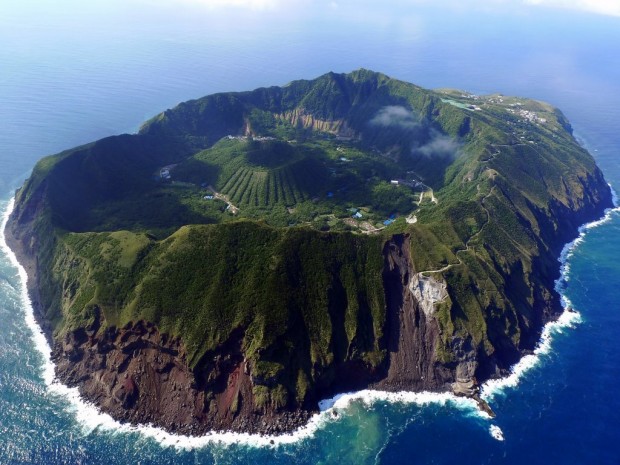 Aogashima is a volcanic Japanese island in the Philippine Sea. The island is administered by Tokyo and located approximately 358 kilometres (222 mi) south of Tokyo and 64 kilometres (40 mi) south of Hachij?-jima. It is the southernmost and most isolated inhabited island of the Izu archipelago.

The village of Aogashima administers the island under Hachij? Subprefecture of Tokyo Metropolis. As of 2014, the island's population was 170 on almost 9 km2. Aogashima is also within the boundaries of the Fuji-Hakone-Izu National Park.